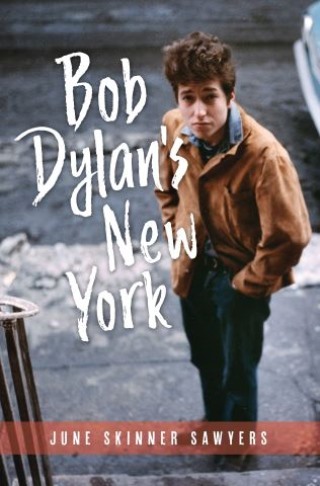 On a snowy winter morning in 1961, Robert Zimmerman left Minnesota for New York City with a suitcase, guitar, harmonica and a few bucks in his pocket. Wasting no time upon arrival, he performed at the Cafe Wha? in his first day in the city, under the name Bob Dylan. Over the next decade the cultural milieu of Greenwich Village would foster the emergence of one of the greatest songwriters of all time. From the coffeehouses of MacDougal Street to Andy Warhol's Factory, Dylan honed his craft by drifting in and out of New York's thriving arts scenes of the 1960s and early ,70s. In this revised edition, originally published in 2011, author June Skinner Sawyers captures the thrill of how a city shaped an American icon and the people and places that were the touchstones of a legendary journey.

June Skinner Sawyers: Born in Glasgow, Scotland, June Skinner Sawyers has written or edited more than twenty books, many with music or literary themes, including Long Walk Home: Reflections on Bruce Springsteen, Cabaret FAQ: All That's Left to Know About the Broadway and Cinema Classic, Celtic Music: A Complete Guide, Tougher than the Rest: 100 Best Bruce Springsteen Songs, Read the Beatles, Racing in the Street: The Bruce Springsteen Reader, The Best in Rock Fiction and The Greenwich Village Reader. Her work has appeared in the Chicago Tribune, the San Francisco Chronicle, Sing Out!, Dirty Linen, Booklist, the Common Review and the Third Coast Review. She has taught courses on Bob Dylan and the American song tradition at the Newberry Library in Chicago.