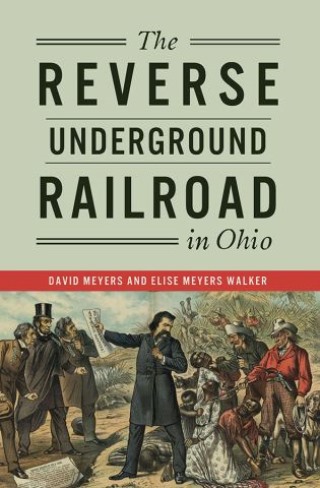 Reverse Underground Railroad in Ohio, The

Prior to the Civil War, thousands escaped slavery via the Underground Railroad. Untold others failed in the attempt. These unfortunate souls were dragged into bondage via the Reverse Underground Railroad, as it came to be called. With more lines on both roads than any other state, the Free State of Ohio became a hunting ground for slave catchers and kidnappers who roamed the North with impunity, seeking "fugitives" or any person of color who could be sold into slavery. And when they found one, they would kidnap their victim and head south to reap the reward. Authors David Meyers and Elise Meyers Walker reveal not only the terror and injustice but also the bravery and determination born of this dark time in American history.

David Meyers: A graduate of Miami and Ohio State Universities, David Meyers has written a number of local histories, as well as several novels and works for the stage. He was recently inducted into the Ohio Senior Citizens Hall of Fame for his contributions to local history. Elise Meyers Walker is a graduate of Hofstra University and Ohio University. She has collaborated with her father on a dozen local histories, including Ohio's Black Hand Syndicate, Lynching and Mob Violence in Ohio and A Murder in Amish Ohio. They are both available for interviews, book signings and presentations. The authors' website is www.explodingstove.com, or one follow them on Facebook, Twitter, Instagram, YouTube and RedBubble at @explodingstove.|||