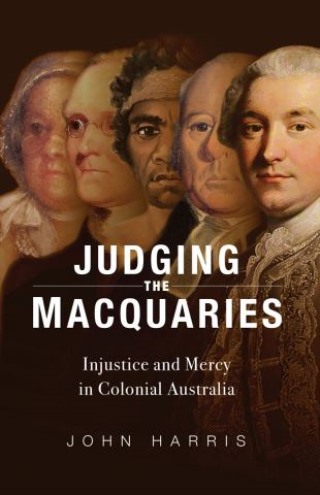 Injustice and Mercy in Colonial Australia

The Black Lives Matter movement is bringing the characters of powerful people in colonial times into sharp focus, particularly their attitudes and actions towards slavery and indigenous peoples. Lachlan and Elizabeth Macquarie are among those being scrutinised and reassessed. They arrived at the penal colony of NSW, a remote outpost of the British empire in 1809. The European invaders had barely survived two decades in an alien environment but, for countless millennia, home to its Aboriginal inhabitants. Lachlan was the new governor. Elizabeth, his wife, was his closest friend and fiercest supporter.
The colony was an unruly mix of convicts, soldiers and settlers. At the time, Lachlan Macquarie’s leadership was judged by his handling of the convicts. Lachlan and Elizabeth treated the convicts humanely, forgiving them and restoring them to society. His superiors considered him far too lenient, yet to Sydneysiders, as ‘The Father of Australia’, he had gifted them the path to a prosperous future.
Today, Lachlan is being judged by his treatment of Aboriginal people. The Macquaries thought they were being kind, yet they ignored the injustice of dispossession. Aboriginal people were British citizens under the protection of British law – a law they were expected to obey. Although known for his humanity, Lachlan had a fatal flaw. When hostilities broke out between Aborigines and settlers on the outskirts of the colony, he took the fateful decision to send in the military. This will never be forgotten, yet his sins were the sins of the empire he tried so hard to serve.
Award-winning author and historian John Harris never baulks at handling controversial subjects. In this timely book, he tackles the disputes that marked Lachlan Macquarie’s period as governor and the complex controversies which still surround his actions today.

John Harris: Historian, linguist and author, John Harris has had a life-long involvement with Aboriginal people and is well known for his writings on their culture, languages and history. He is the author of over 100 books and papers including his award-winning major work, 'One Blood'. John has a deep interest in the early contacts between Aboriginal people and the European invaders. He holds three doctorates: one in Aboriginal languages, another in theology and the prestigious Lambeth Doctorate from Her Majesty the Queen and the Archbishop of Canterbury.