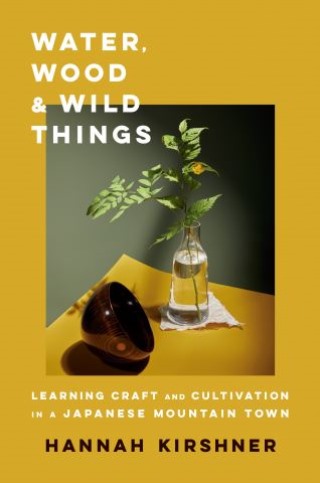 Learning Craft and Cultivation in a Japanese Mountain Town

"With this book, you feel you can stop time and savor the rituals of life." --Maira Kalman

An immersive journey through the culture and cuisine of one Japanese town, its forest, and its watershed--where ducks are hunted by net, saké is brewed from the purest mountain water, and charcoal is fired in stone kilns--by an American writer and food stylist who spent years working alongside artisans

One night, Brooklyn-based artist and food writer Hannah Kirshner received a life-changing invitation to apprentice with a "saké evangelist" in a misty Japanese mountain village called Yamanaka. In a rapidly modernizing Japan, the region--a stronghold of the country's old-fashioned ways--was quickly becoming a destination for chefs and artisans looking to learn about the traditions that have long shaped Japanese culture. Kirshner put on a vest and tie and took her place behind the saké bar. Before long, she met a community of craftspeople, farmers, and foragers--master woodturners, hunters, a paper artist, and a man making charcoal in his nearly abandoned village on the outskirts of town. Kirshner found each craftsperson not only exhibited an extraordinary dedication to their work but their distinct expertise contributed to the fabric of the local culture. Inspired by these masters, she devoted herself to learning how they work and live.

Taking readers deep into evergreen forests, terraced rice fields, and smoke-filled workshops, Kirshner captures the centuries-old traditions still alive in Yamanaka. Water, Wood, and Wild Things invites readers to see what goes into making a fine bowl, a cup of tea, or a harvest of rice and introduces the masters who dedicate their lives to this work. Part travelogue, part meditation on the meaning of work, and full of her own beautiful drawings and recipes, Kirshner's refreshing book is an ode to a place and its people, as well as a profound examination of what it means to sustain traditions and find purpose in cultivation and craft.

Hannah Kirshner: Hannah Kirshner is a writer, artist, and food stylist whose work has appeared in The New York Times, Vogue, Saveur, Taste, Food52, Marie Claire, and Atlas Obscura, among others. Trained at the Rhode Island School of Design, Kirshner grew up on a small farm outside Seattle and divides her time between Brooklyn and rural Japan.